INzone administers the Federal Foreign Trade Program in Central Indiana. The FTZ Program allows businesses to import products with reduced, sometimes even eliminated, fees. These Zones are actual physical sites the federal government designates specifically for a businesses import use. Reducing hefty import fees allow companies to be more globally competitive, which encourages companies to do business in the U.S. (and in the case of INzone — in Indiana). Why does that matter? Think like a politician for a minute (but only a minute!)— JOBS! JOBS! JOBS! It’s good for business, good for the economy, good for the state, and good for the country. That’s good, multiplied by millions!

If you’re new to the subject of foreign trade zones (and many businesses are), it can be pretty heady stuff. Customs restrictions and regulations, quotas and grants, language barriers, time zones, and a slew of legal and logistical complexities can feel a lot like obstacles if you don’t have the right information and the right people clearing the path. The team at INzone understands the learning curve is a steep one for organizations tasked with convincing business owners to bring their operations to Indiana. So they’re determined to help them be informed advocates for the program by providing them with the resources they need to confidently communicate the benefits.

It probably won’t surprise you to hear that we started with research. Surveys and interviews with local economic development partners, site selectors, and consultants revealed that Foreign Trade Zones weren’t exactly top of mind. We needed to not only make the information about FTZs accessible but find opportunities to create real relationships between influencer organizations and INzone.

We focused on building strategic partnerships through sponsorships and participation in industry events and then developed simplified marketing materials to support those efforts, including brochures and one-sheets in multiple languages and explainer videos to help remove some of the mystery around how FTZs work. In 2016, we gave the INzone website a major mobile overhaul and then drove traffic to the site with business/talk radio, industry print ads, and Google Adwords campaigns. Within a year of relaunching the site, organic traffic was up 51%, direct traffic 32%, and referral traffic increased by 15%.

By running ads during World Trade Day 2016, we increased page views to the website from 281 to 950 when compared to the same 21-day time period in the previous month.

In the 2016 Congressional Report, Indiana FTZ operations ranked 20th in the nation for goods imported and 8th for exported—impressive rankings for a state without an oceanfront harbor (or an ocean).

Developed tools to build awareness around the program and enhance the foreign trade conversation. 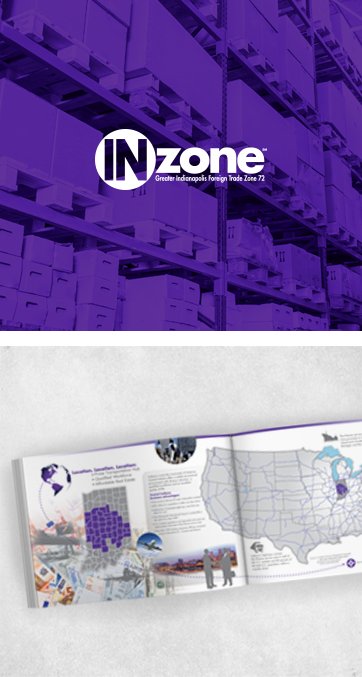 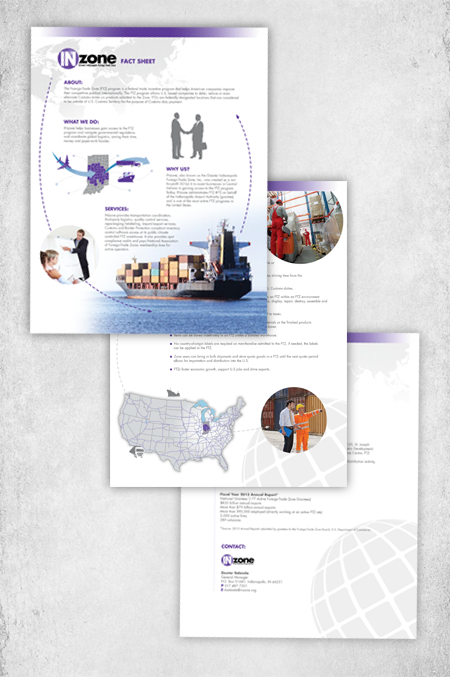 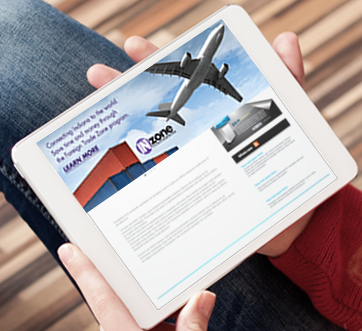 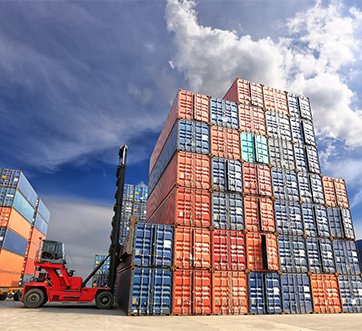 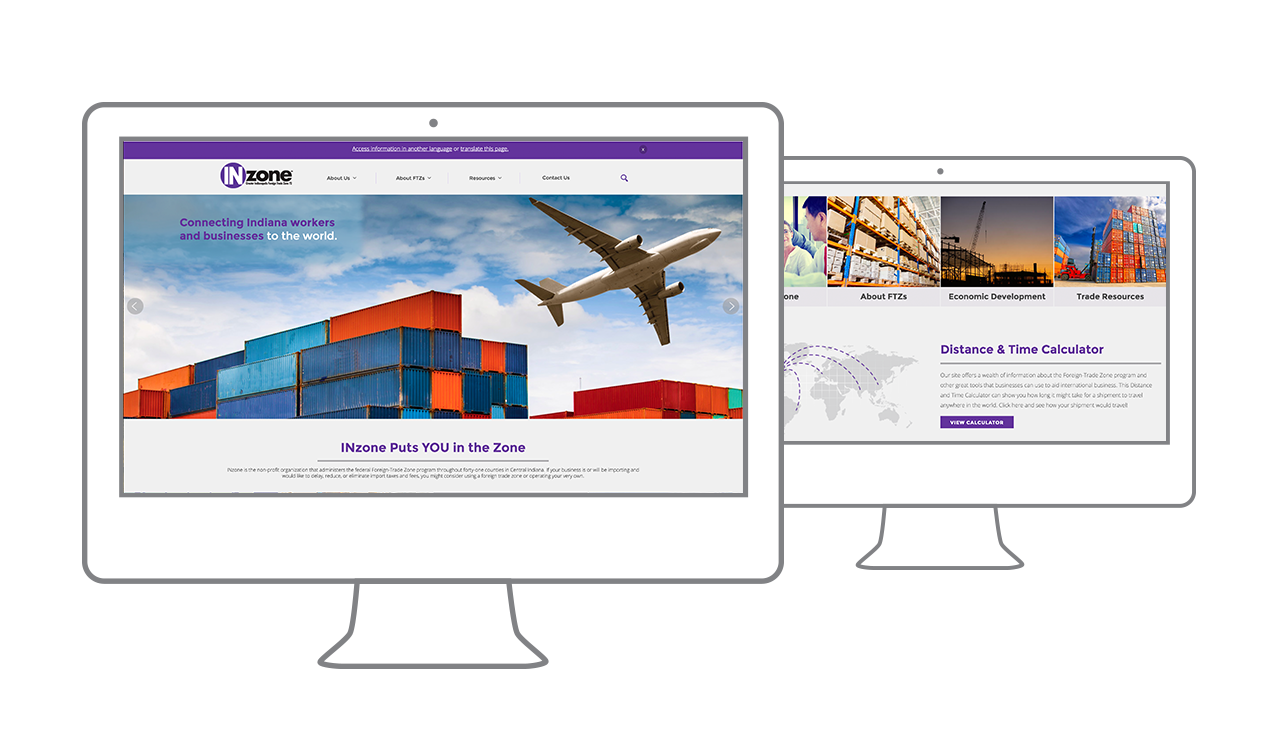