You’ve likely heard us talk about our three company values, the first being open. In response to the forecasted spread of COVID-19, and the projections of associated health risks, we’re staying open … from our homes. The Willow team has gone virtual. (At least for the time being.) We’re available by phone, text, video chat, email, and Zoom. In-person meetings will only be held when absolutely necessary for the health of all involved. Our working hours remain 8am to 5pm EDT.
<<BACK TO BLOGS March 2, 2016 // Kim Jones Branding

Twenty-four hours after the Oscars ceremony has come to pass, there is one lasting memory. It isn’t career recognition for Leo or how Chris Rock tiptoed around the eggshells of racial inequality in Hollywood. No, the Oscars belonged to Lady Gaga.

Her performance of “Til It Happens To You” was what everybody was talking about then, now and tomorrow. In a time of political statements, hers resonated, punctuated by a group of sexual assault survivors who appeared on stage to bring the performance to an emotional ending.

She wore a white pantsuit, pure and simple. The music and her fellow survivors were the performance. If you think it was merely a tasteful treatment for a song, think again. It was a Master lesson in branding.

It’s only been six years since Gaga wore the infamous meat dress. She’s performed doused in blood and vomit since and even walked the red carpet with a block of fur on her head. She grew an army of “little monsters” and rose to fame with a calculated blend of talent, showmanship, timing and boldness. Each move further identified her as a symbol of art, freedom, and expression. To a generation of disenchanted youth, she provided acceptance.

But the reach of her message would only go as far as the group she was catering to. Since the beginning of 2015, almost every move that she’s made has been calculated to broaden that reach. In her most public of appearances in the past 12 months, she paid tribute to The Sound of Music, showed unabashed humility in winning a Golden Globe, brought chills worldwide with the national anthem at the Super Bowl and provided a memorable farewell to David Bowie. No meat dress needed.

What Gaga was/is doing is broadening her reach. With each note of the national anthem or each swoon with Tony Bennett this past Christmas, she earned a new fan, most living outside of the ‘monster’ demographic she’s owned for the past half decade. When she sat behind that piano on Sunday night, her performance charged with a message so powerful that the Vice President of the United States was compelled to introduce it, more people paid attention. Gaga, a victim of sexual assault when she was a teenager, had more influence than ever before. She never lost what was important to her, but now can make sure even more hear her call. Her ability to affect change is now a direct result of her brilliance when it comes to branding.

Like Gaga, any corporate brand has to see the bigger picture and understand the steps that need to be taken to broaden its reach. While the creative may dazzle, it has to point to what the organization wants consumers to ultimately see, FEEL and think when it comes to that brand. Once the hook has run its course, how an organization evolves—renews and restores—beyond that initial flash is what separates yesterday’s up-and-comers from today’s industry leaders. We’re watching. 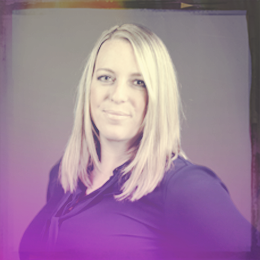