You’ve likely heard us talk about our three company values, the first being open. In response to the forecasted spread of COVID-19, and the projections of associated health risks, we’re staying open … from our homes. The Willow team has gone virtual. (At least for the time being.) We’re available by phone, text, video chat, email, and Zoom. In-person meetings will only be held when absolutely necessary for the health of all involved. Our working hours remain 8am to 5pm EDT.
<<BACK TO BLOGS July 11, 2017 // Dylan Stone Digital

THE CURRENCY OF THE INTERNET

However, in the age of digital marketing and internet trickery, traffic metrics are becoming less reliable and less valuable thanks to something called, fake web traffic.

WHAT IS FAKE WEB TRAFFIC?

Fake web traffic is generated by bots or software, as opposed to human interaction. Bots can “mimic the mouse movements and clicks humans make to give the impression that a person is visiting a website…”

In the last 10 years, thanks to online ads, marketers and advertisers realized they could reach TV-size audiences at a fraction of the ad price. Digital advertising and marketing budgets skyrocketed as marketers could surgically target specific audiences better than ever before. With web traffic being the “currency of the internet”, it wasn’t long before people adopted fake web traffic as a way to bolster their own agenda.

It’s estimated fake web traffic will cost advertisers $6.3 billion this year alone. According to the ANA study, which was conducted by the security firm White Ops and is titled The Bot Baseline: Fraud In Digital Advertising, 11 percent of display ads and almost a quarter of video ads were “viewed” by software, not people.

Start by reviewing your site’s analytics and looking for these common fake web traffic signs.

It’s important to keep in mind—there are no telltale metrics that will undoubtedly identify fake traffic, especially if the website is receiving both real and fake traffic. Instead, you must be able to correlate multiple factors, identify, and investigate anything suspicious in your traffic data—the more red flags the more skeptical you should be.

PROTECTING YOURSELF FROM FAKE WEB TRAFFIC

The number one thing you can do to protect yourself from fake web traffic is connect your website to Google webmaster tools and regularly monitor and review your site’s analytics. Once set up in Google’s webmaster tools, Google’s own bots will crawl your website and provide a list of any errors it may find as well as send you email alerts when:

Here is a great resource article on how to remove fake traffic in Google Analytics. 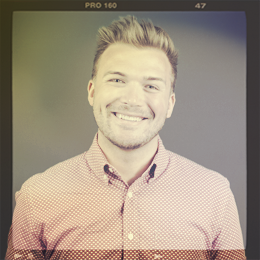 “I make the most of every opportunity.”