Skip to content
<<BACK TO BLOGS June 6, 2018 // Brad Gillum BrandingDigitalStrategy

Joan Jett didn’t give a &$%# about her bad reputation, but those of us in the business world don’t have the same luxury. Our reputation can draw customers in… or turn them off before we’ve even had a chance to prove ourselves. Our online reputation is impacted by multiple factors, like customer reviews, ratings, recommendations, and the opinions of heavy influencers. By learning to utilize online feedback as important touchpoints that will affect more than the user involved, we can both protect and grow our businesses.

If you keep up with the blog, you might remember I recently wrote about the “truthing” trend in marketing, in which consumers are more interested in transparency and more passionate about patronizing businesses they trust. But here’s the hitch: consumers don’t want you to earn their trust; they want to find out if you’re trustworthy on their own. It might be checking out your Google reviews, seeking a recommendation on Facebook, or reading testimonials. However they’re gauging your trustworthiness and perceiving your reputation, it’s important to be in that space, with the right voice, and the right influencers.

When someone says something negative about us, our first instinct is often to become defensive. Getting defensive, though, has a way of blowing up in our faces (take poor, angry Amy and her bakery, for instance). Negative reviews and poor ratings can hurt our business and hurt our feelings, but no matter how painful (or just plain wrong), every dissatisfied customer is an opportunity for positive change and growth. So how do you stay on the sunny side when there’s a storm coming?

When it comes to your business, don’t build a wall; install a window. The more up-front you are with your practices, values, and beliefs, the more proactive you can be in mitigating negative feedback.

So, that’s not exactly how the saying goes. But trying to beat an angry customer at their own game, though it may give you a short-term win, will only end with everybody losing. Take the criticism, honestly analyze the feedback, and ask what you can do to make it right. Do so openly and transparently (see above), and make sure the world sees you’re willing to smother the flames, rather than fan them.

Get Ahead of the Game

Online reputation management is a grim world of crisis mitigation and worst-case scenarios. Instead of reacting on the fly when emotions are running even higher than the stakes, commit to taking a proactive approach with reputation marketing. According to an article from Forbes, digital word-of-mouth is one of the strongest tools in a company’s arsenal… if they know how to market and manage it.

But, no matter how prepared or optimistic you are, bad reviews happen. So, what then?

Eliminate (but not all of!) the Negative

Some would have you believe that aggressively removing or burying negative reviews or ratings is the way to improve your reputation. And while it may garner you more stars on search results, it doesn’t address the crux of the problem. Instead, look at negative feedback as an opportunity to fix something that’s broken, and come out stronger in the end.

For a while now, social influencers (celebrities or heavy users) have leveraged large followings to promote products or services, at great benefit to companies willing to supply said services to them for free (and typically with plenty of additional compensation). Recently, however, businesses are becoming savvier about some less-than-ethical practices employed by influencers to boost their followers, like mega brand Unilever. While using influencers is a great way to communicate your trustworthiness, make sure to do your due diligence in examining and vetting the influencers that are reaching your end consumers.

Not a buffet; more like a light snack. Look, no matter how well you run your business, someone out there won’t be happy with you. Ignoring them might make them go away… but it also might make them grab their megaphone of choice (Facebook, Twitter, Yelp, etc.) and put your company on blast. Let other users see that you hear and acknowledge their feedback, no matter how unfair it may be. This shows that you’re engaged, open, and willing to work through problems.

Ultimately, you set the tone for your business, and that shapes its reputation. If you respond to criticism with explanations, finger-pointing or defense mechanisms, you may turn a molehill of a problem into an insurmountable mountain. Get honest with yourself about negative feedback, and seize the opportunity to better your business and better your relationships with the people who make it a success.

Want to learn more about how Willow Marketing can help you manage and market your online reputation? Get in touch with us and we’ll work on a plan tailored to your needs. 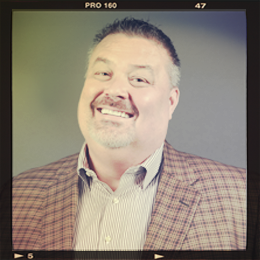 "We’re business consultants who happen to specialize in marketing. We help people and have fun doing it."