You’ve likely heard us talk about our three company values, the first being open. In response to the forecasted spread of COVID-19, and the projections of associated health risks, we’re staying open … from our homes. The Willow team has gone virtual. (At least for the time being.) We’re available by phone, text, video chat, email, and Zoom. In-person meetings will only be held when absolutely necessary for the health of all involved. Our working hours remain 8am to 5pm EDT.
<<BACK TO BLOGS October 28, 2019 // Lizzie Jackson Content

You may have heard of Tik Tok. Or, more likely, you haven’t. Or you’re solely familiar with Kesha’s hit song “TiK ToK”. No matter your familiarity, the Tik Tok app is stepping in hot on the social media scene and has some serious power as a marketing tool for Gen Z.

But before we dive into the confusing land of dance videos, lip-synching, memes and how you, yes you, can become a part of it, let’s embark on a journey into the past (past 7 years that is)…

As the years go by, the number of people who had the blessed opportunity to pioneer the app Vine (RIP) continues to dwindle. Vine was an app founded in 2012 that, soon after its founding, was acquired by the social media giant Twitter, and was officially launched in 2013. Vine’s reign, though, was relatively short-lived much to the chagrin of Millennials and Gen Z’s everywhere. This app allowed users to create short, 6-second videos that played on a loop.

Vine became a breeding ground to endless memes and was conducive to major virality. Though the app was discontinued in 2017, it’s legacy still lives on today. Several individuals used Vine as a launching pad to success, including international Canadian heartthrob Shawn Mendes. Many transitioned to booming Youtube careers. Logan Paul, an original Viner, is one of the highest-paid (and most controversial) Youtubers, boasting a yearly salary of 12.5 million according to Forbes.

Long story short Musical.ly was acquired by ByteDance and rebranded to Tik Tok. The capabilities that Musical.ly provided to create short music videos, are still the primary focus of the app.

Tik Tok is a platform where users can make their own accounts, post 15-second videos (typically to music) and can follow and interact with other users through comments and likes. What differentiates Tik Tok from other social media apps is that it is solely video content in short segments and its primary purpose is for videos that are fun and creative.

Many have referred to Tik Tok as “the new Vine”, but with the amount of growth it has seen since it’s emergence in 2016, it has the potential to far surpass its short-lived predecessor. Tik Tok has over 500 million active users around the world, which is more than Twitter, Snapchat and LinkedIn. 90% of users log on to the app daily, and while 41% of users are in their teens and early twenties, the number of adults using the app continues to increase.

Social platform + increased growth + overwhelming Gen Z market percentage = prime opportunity for influencer marketing. It’s simple math. This app holds a lot of advertising potential, with the ability for brands to not only leverage influencers, but produce their own content through individual accounts as well as pay for advertising.

It’s interactive, it reaches the Gen Z demographic, and will only continue to see increasing participation in the upcoming months. Now is the time to leverage Tik Tok for your brand. 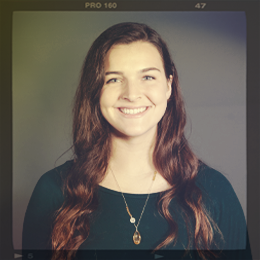 “We are all innately creative, marketers and clients. Let’s channel that.”