You’ve likely heard us talk about our three company values, the first being open. In response to the forecasted spread of COVID-19, and the projections of associated health risks, we’re staying open … from our homes. The Willow team has gone virtual. (At least for the time being.) We’re available by phone, text, video chat, email, and Zoom. In-person meetings will only be held when absolutely necessary for the health of all involved. Our working hours remain 8am to 5pm EDT.
<<BACK TO BLOGS September 30, 2019 // Bradley Carter Strategy

In 2002, the Oakland Athletics had the third-lowest team payroll in the league at around $40 million. That same season, the New York Yankees spent $125 million in salary. The two teams finished the season with nearly identical records. A film about this game-changing season was released in 2011 called Moneyball.

The concept can be summed up as simply as “getting more bang for your buck.” What Oakland’s general and assistant general manager did was balance efficient use of a narrow budget to assemble an effective team that generated results. It might not have been a World Series, but even the Yankees didn’t claim that title in 2002.

So how does this apply to marketing? As marketers, we work every day to identify opportunities, craft campaigns, produce creative, and build experiences to generate results for our clients. Most of the time, we want to be both effective and efficient because it’s the top of the bell curve, the optimal point of value. But before we talk about that balance and why it’s important, we need to know the difference between effectiveness and efficiency.

Effectiveness maximizes results. It’s marketing as the means to an end, no matter the cost. Effective marketing plays the long-game, targeting your audience and measuring how well you’re achieving or supporting your business goals (e.g. – cost per lead and conversion rate).

On the flip side, efficiency follows process step-by-step to perfection. Focused on yielding the best operational ROI possible, efficient marketing targets your internal team and margins, measuring how well you’re getting the work done (e.g. – time and cost to complete a project).

Being effective doesn’t mean there aren’t efficiencies or processes, and being efficient doesn’t mean you won’t be effective and get results. If you have the time and budget, throw efficiency out the window in favor of a highly effective campaign. Liken this to the Yankees – big names sell tickets and occasionally win championships. You risk losing money in the short-term, but your long-term gains could net you a profit depending on the residual results of your efforts.

Looking from the opposite perspective, if you’re strapped for time or budget, efficiency provides stability. It maximizes the output of your marketing team (given the inputs) and will still yield results. Liken this to the A’s prior to 2002 – low budget, but they still had a team. Focusing on efficiency is a trend in marketing that makes us very good at producing mediocrity. Sure it’s steady, but ultimately it’s average. Average creative. Average strategies. Average results.

Good Marketing is a Balancing Act

Both extremes deliver results, operating on a bell curve. The obvious answer is to find a balance of both for your organization or project. Neither the Oakland A’s nor the New York Yankees claimed the title of World Series Champion in 2002. The moniker was won by the (then) Anaheim Angels, spending $62 million on payroll. But now we know the system works.

Moneyball proved that there was more to the baseball than a stat sheet or a star pitcher who can throw a mean curve. You have to play smart and be strategic with every move to maximize your results. Experimenting to find the best formula and combination of effectiveness and efficiency could drastically improve your results.

That said, let’s consider the dangers of pushing your marketing too far to either side. In part two, we’ll learn about what one marketing expert has dubbed the “efficiency bubble” – a concerning trend that is plaguing marketing – and how to burst it.

The After Credits Scene

As you read through this series, I encourage you to process where your organization or business sits on the scale of efficiency and effectiveness, if you’re there consciously, and how that position is serving your business. Is it working? Should you consider a change? Let me know what you think about this topic by posting a comment or sending me an email at bradley@willowmarketing.com. 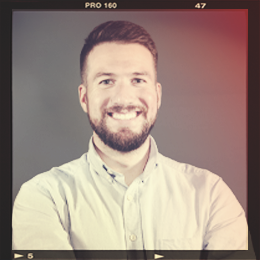 "When helping people, be it professionally or personally, my first question is always, 'What can I do for you?' My second is, 'Why?'"